IDM stands for Intelligent Dance Music. That is not to say that IDM is any more intelligent than any other form of Dance Music, although doubtless some of its fans and producers would like to think that it is. The term first appeared in 1993 in the USA, where it was broadly used to cover the work of artists featured on the 1992 Warp compilation Artificial Intelligence (Number 17 in this chart). Elsewhere in the world at that time the music was known as Ambient Techno, if it was given any particular title at all. Nowadays, the term IDM covers a broad spectrum of beat-driven electronic music which, ironically, is usually made for listening rather than dancing to.

Genres are helpful for finding music similar to something you like and that is exactly what these charts are for.

Back to main Genre Chart menu.

Boards Of Canada – Music Has The Right To Children

Reload – A Collection Of Short Stories

Plaid ‎– Not For Threes

Various ‎– The Philosophy Of Sound And Machine

Robert Leiner – Visions Of The Past

Aphex Twin ‎– ...I Care Because You Do

Vulva ‎– From The Cockpit

The Sabres Of Paradise ‎– Sabresonic 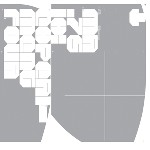